After two days of qualifying races, 69 kiters have been narrowed down into two fleets for the finals. 35 top contenders will go on to race in the Gold fleet and 34 will race in the Silver fleet. Thus far, Kite Foil Gold Cup hosted by St. Francis Yacht Club has seen increasingly challenging conditions with breezes building to the mid-20s on Friday. The race committee fit in ten races each day, which allowed competitors to discard their two lowest finishes before seeding the fleet for finals.

“Those discards are pretty crucial, because today’s conditions were challenging for everyone,” says St. Francis Yacht Club Race Coordinator, Graham Biehl. “Part of today was simply surviving through the tough racing. Lots of kiters got DNFs or had equipment breakages, so those discards will come in handy.” 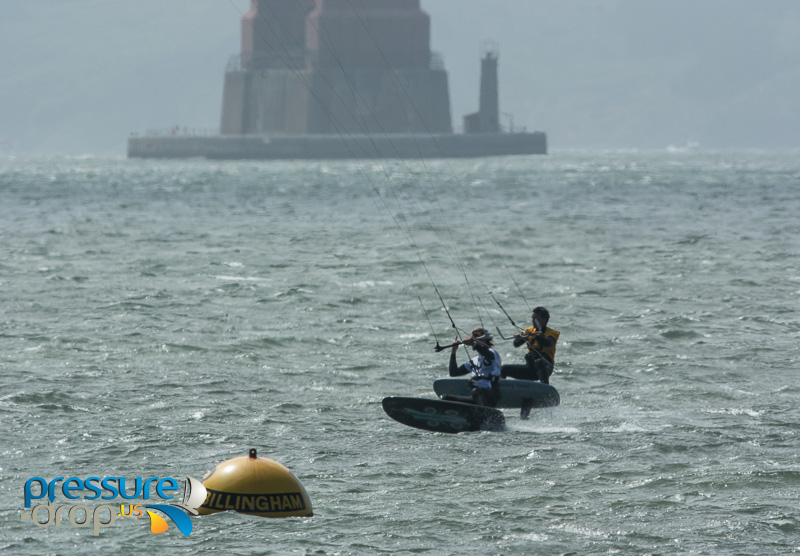 Racing was tight through qualifiers and was reflected through the leaderboard. The top kiters posted incredibly consistent results. Nico Parlier, currently in first, scored a bullet in every race. Axel Mazella scored all seconds and remains in fifth place. Locals Johnny Heineken and Joey Pasquali are in third and fifth respectively.

“This is a killer course at a killer venue,” says Pasquali. “Compared to the other stops in the Kite Foil Gold Tour, this one is clearly the biggest. And it seems that the fleet just keeps getting faster.”

Kiting and kite foiling in particular, is still a relatively new branch of sailing, and it’s the competitors who are pushing the technology and changing up the game. “Equipment plays a huge role in how fast you can go out there,” explains Pasquali. “There are no limitations to our gear and, as a fleet, we agree that faster is always better, so we’re in no hurry to put down restrictions.” Pasquali, for instance, races on a relatively small F-One foiling board that creates very little drag. “I’ve been kiting for 15 years, and one of the coolest things is to see how the technology is aggressively pushing this fleet forward. We are trying to push the equipment into another dimension.” 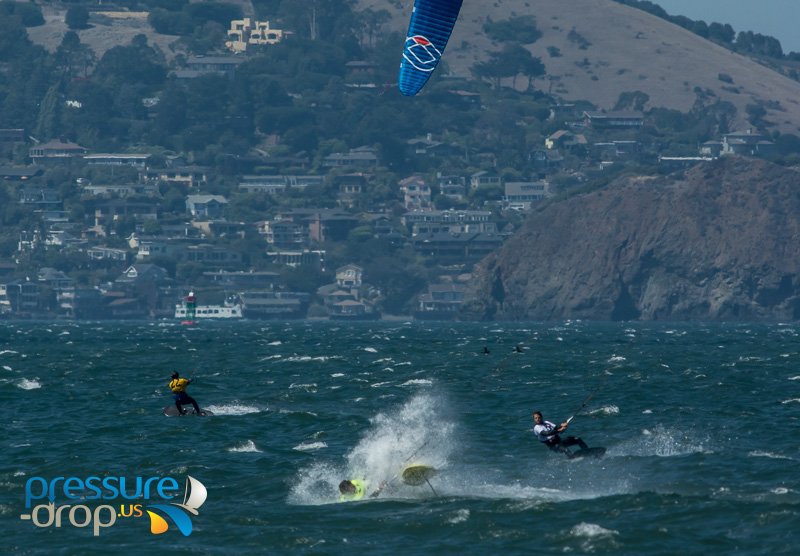 Going into Finals, Race Director Lynn Lynch, says she plans to run four races a day on a similar course. Lynch is coordinating a fleet of five to six inflatables as well as a small army of 35-40 race committee volunteers both on and off the water. In order to get in as many races as possible, she and her team must be incredibly precise. Following races on Friday, the race committee reported that each race started within 30 seconds of its predetermined time; racing was executed with such precision that the day ended four minutes ahead of schedule. “It definitely adds another dimension to try and get this many kiters and this many races into two days of qualifiers,” explains Lynch. “We’re going to continue that efficiency over the next two days.”

If you are around Crissy Field this weekend, make it a point to go and watch some of this world-class racing. As Lynch says, “It’s amazing to watch this many athletes on such highly evolved technology racing at these top speed on the Bay.”

For a Viewer’s Guide to the regatta, click HERE.