Read the original story at www.BrandonScheid.com

Between Hurricane Earl and our impromptu trip to Washington D.C, and the Sauble Kite Jam it’s been a busy few weeks. The report from the Great White North is a good one, I’ve been having a blast up here.

It started with a pickup from Buffalo from fellow LF Team rider Craig Cunningham.  We headed from the airport straight to Sauble beach, the drive is about four and a half hours so we were glad to arrive at Sam’s cottage.

Chuck at LTR, BCS, Eric R, and Sam were already there after hearing about the last few days we all headed off to bed. The wind was howling all night, good signs for the up-coming weekend. The next morning we got up and headed off to one of the most popular kite spots in Ontario, Oliphant.

It consists of two large flat water bays, the bottoms are sandy and very shallow.  The spot looked like it had a ton of potential, but unfortunately the wind was light. We still managed to score about 45 min of powered riding before the wind died.  I was on my 12m Envy and was very pleased with the low end of the kite.

After our session we headed back to the cottage to help the crew finish up some slider work for the next days event. Watching the sunset over the lake was a fitting way to end the day!

The next day we headed down to the beach to get everything set up for the event.   There was just enough wind to ride a ton of people filled the beach to fly kites and watch some of the local riders rip it up.  The wind was a little light for the contest so we just got everything 100% ready for the next day and did some kite buggying. I’ll eat my words on this one, I’ve said it was super lame but it is far from it.  The wind was onshore and the beach was large and hard packed.  You could get a ton of speed and even do some powerslides.  It was fun for the crew to get their first rides on the buggy and there was some very entertaining crashes! 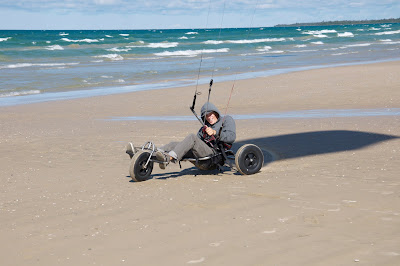 Day two of the Kite Jam conditions were offshore and light, perfect time to do some wakeboarding. We got the crew together and put all the rails out in the water. We had a up rail, a 40 ft up gap to flat, a kicker and a super ghetto up flat rail.I drew the very first slot and got to test all the rails, and these rails wern’t the JWCF rail, pretty sketch!  We each got one warm up pass and three that counted.  I had some solid hits on the rails and a nice 5 off the kicker which put me through to the semi final. 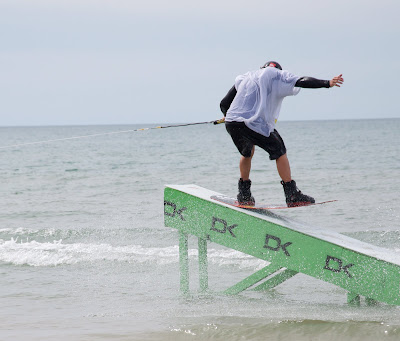 The semi was Eric R., BCS, Elliot D, Mitch L, and myself. I was having a hard time putting together a solid pass so on the last hit on the kicker I went for a big tantrum. To my surprise I stuck it and the crowd went wild. It was a close call but Eric and I squeezed through to the final, and I was able to edge him out for the overall win. 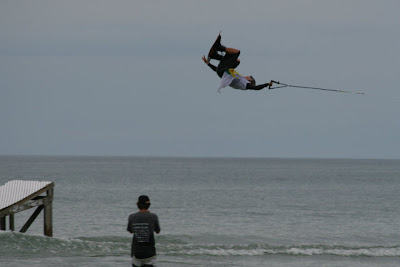 The third and final day we awoke to wind!  It was blowing 15-20 out of the west with bluebird skies. By the time we got to the event site there were 20 kites in the sky. The turnout was amazing, at one point there were  50+ kites in the water. With the large amount of people and the onshore conditions it was decided to run a expression session and have some fun on the water. 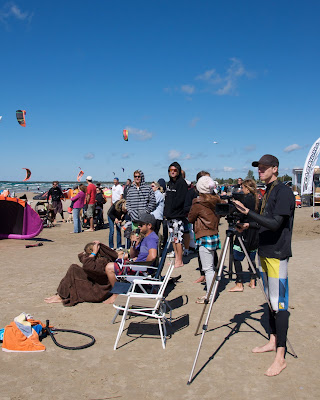 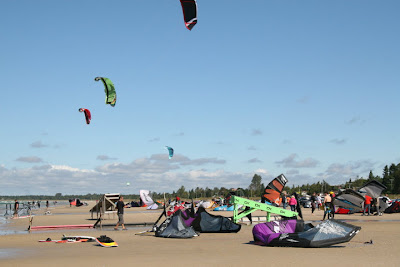 Between the buggy, twintip, surfboard, and wakeskate I think I rode every type of craft that day.  It was so fun to kite again, I couldn’t stop smiling! 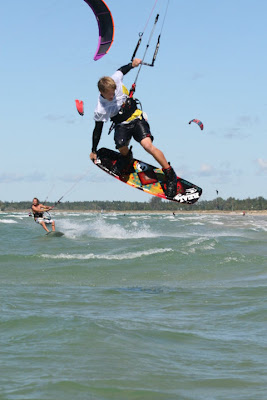 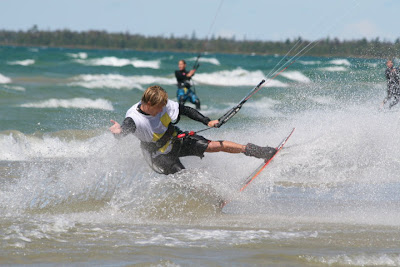 After riding for the crowd I headed down the beach to play on a pole and fence I had seen earlier in our trip.  The water level was just right and I was able to get some fun stalls on them. 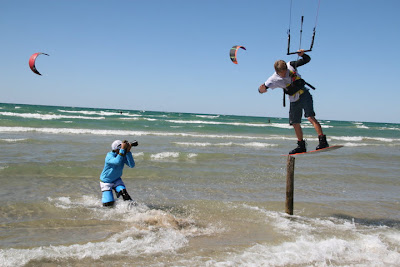 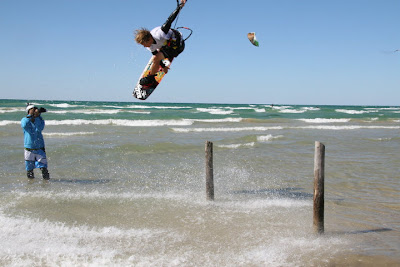 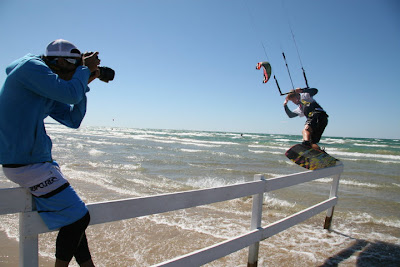 After everyone had their fill of the wind we came in to close up the event and announce the winners. With no freestyle heats ever getting run the top spot went to the rail session winner from the day before. Local boy Elliot D. took 4th, BCS snagged himself 3rd, Eric took second, and I took the top spot. 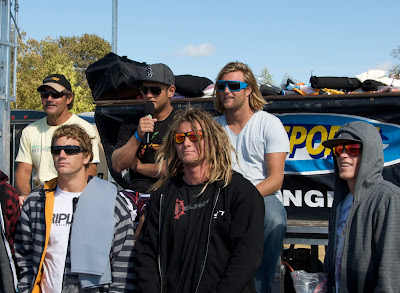 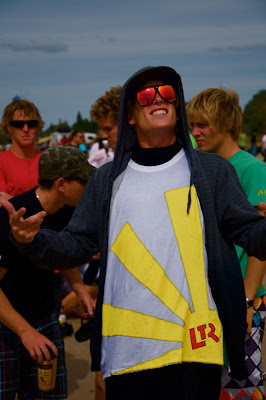 After we got everything wrapped up we all headed off to Oli to catch one more session for the day. We scored a sick wakestyle session in a secret spot only known as Steinbag Cove. It was a rock slick about 4 miles off shore, the water was glassy and jello blue. If you took the wetsuit away you could have mistaken it for the tropics. It was one of the most beautiful places I’ve ever kited, on the Great Lakes who would have guessed? 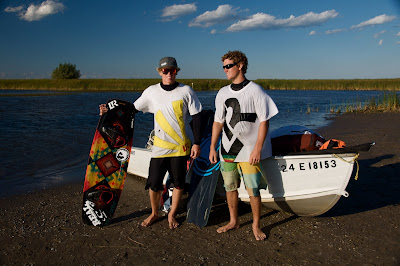 After the session Craig, BCS, Dave Tran, Chuck at LTR, and I all headed back to Long Point to hopefully score a session the next day. We showed up to Craigs secret spot in Long Point, the Long Point Slicks. The spot is amazing, its a flat water slick surrounded by marsh grass on all sides. You have to take a boat through a secret path to get to the spot. It was great to be powered on a kite in flat water again.

Craig, BCS, and I sessioned all day while Chuck at Lifethereal shot along with Dave Tran.  We got a ton of killer shots and it was great to ride with the boys in our own private slick. Looks like we are going to go to the cable tomorrow and get some more riding in.  It has been a blast in Canada so far and I am already looking forward to the 2011 Sauble Beach Kite Jam.  As always, stay tuned for more!